Electric Guitars That Can Hold the Longest String Vibration

GETTING MORE OUT OF EACH NOTE

In guitar reviews, there is a guarantee that there will be a section about sustain. Some electric guitars may not have much while others have loads of it. A guitar with high sustain is an attractive trait for guitarists because musicians want their strumming to endure.

Holding a note for a long time sound much more amazing than if it were to die down. Let’s get started on unraveling this spider’s web of a guitar topic by laying out everything you need to know about sustains and why they are such a big deal in the world of electric guitars.

What is Sustain on an Electric Guitar?

For all guitars, it is the endurance for which a guitar string vibrates. Particularly with electric guitars, a sustain effect increases volume steadily while saving the highest sound for last as the guitar’s tone fades, consequently keeping or “sustaining” the tone. So one can think of it like this:

A shorter sustain prevents the guitar’s string from vibrating long.

A sustain is the outcome of a whole slew of guitar features that come into play, chiefly the bridge, nut, strings, and so on and so forth. A guitar body’s finish also has a major effect on the endurance of the strings’ vibrations.

Wood is a common material. Commonly speaking there are two schools of thought explaining how sound amplifies better with one type of wood versus others.

Many musicians say softwood such as alder or basswood works best while many experts think that hardwood like mahogany or rosewood works best as they produce higher overtones & clearer tones.

What Guitar has the Most Sustain?

One question that may be nagging at you most is what electric guitar gets you the longest sustain. Google gives the one and only cherry sunburst AAA+ flame top Gibson Les Paul Traditional. Regrettably, there is more to determining this title than the anticipated quick answer.

We are going to layout four other guitars and allow their results to reveal which electric guitar has the most sustain. You maybe surprised by the results as the Gibson Les Paul could have its title as being having the most sustain in jeopardy.

Before getting started, it must be said that all of the comparing and informing is about passive sustain, not active sustain (otherwise known as feedback sustain). Many say that classic electrics guitars like Strats can sustain for more than 24 hours. That is impossible to succeed in doing with a passive sustain. One would need an amplifier to force the strings to oscillate for prolonged periods of time.

At best, you could create a feedback loop where you’d get an amplifier to boost the guitar signals coming from the pickups. In turn, you’d have to then get the speaker to loop back the vibration from the guitar strings, to the pickups, & back again to the amplifier.

FYI: I may be eligible to earn as an affiliate from my recommendations.

Arguably the posterchild of electric guitars, this vintage beauty is praised for many things, including its melodious sustain for more than half a century. It is all thanks to its arched top, flawlessly crafted mahogany body capped with maple wood, and its set neck topped with an angled headstock.

When holding a Les Paul against your body, you can certainly look forward to a nice resonance when you play. As many things as it has in its favor, sadly when Darrell Braun vetted the Gibson Les Paul, it lost many of the tests to its Epiphone counterpart. 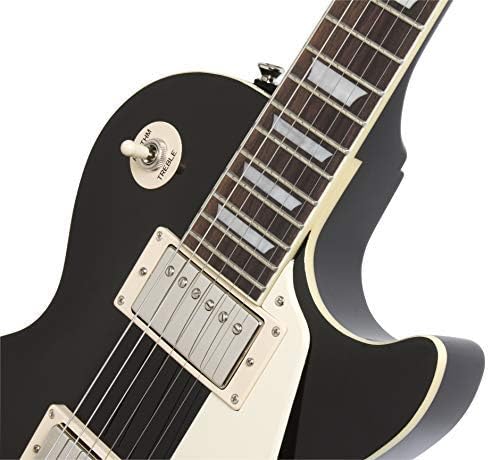 Considered as the more affordable version of The Les Paul Traditional, it is definitely the best bang for your money. Being Les Paul styled is certainly a boost because these electric guitars have strings that are angled more when leaving the guitar’s nut and saddle. This is otherwise known as a “break angle.” This is all while including a fixed bridge.

Therefore, it makes it much easier to keep a sustain. The Epiphone won all three sustain tests. 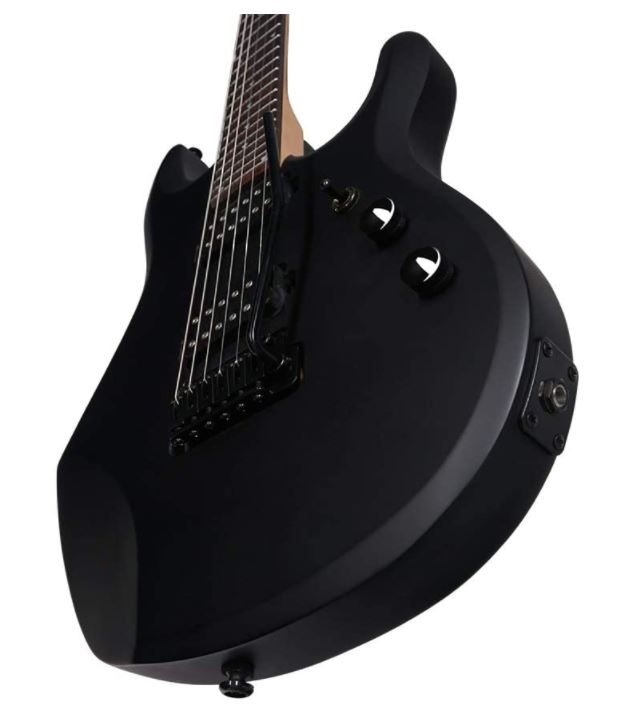 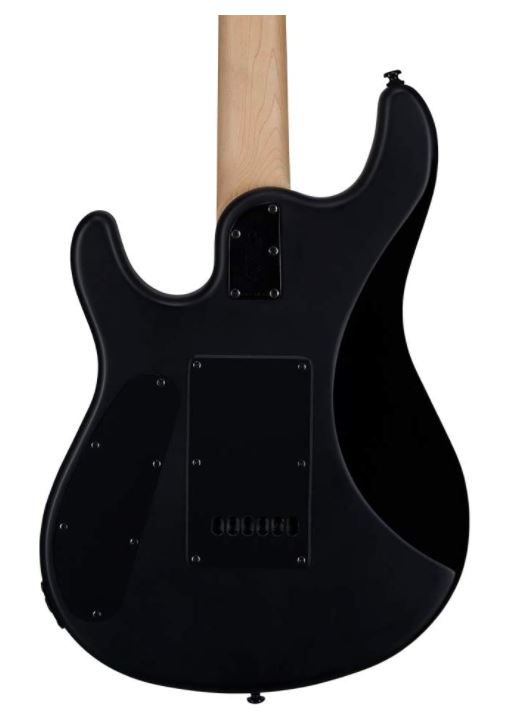 One of the most innovative models by Music Man John Petrucci Signature, this beautiful instrument’s most iconic feature is its floating bridge which is much more nuanced than the Les Pauls.

Also in contrast to the Les Pauls is the Music Man’s lack of a tilting headstock & string trees, thus making it easy to replace its strings. According to Darrell’s Sustain Tests, those feature differences had no major effect on sustain. 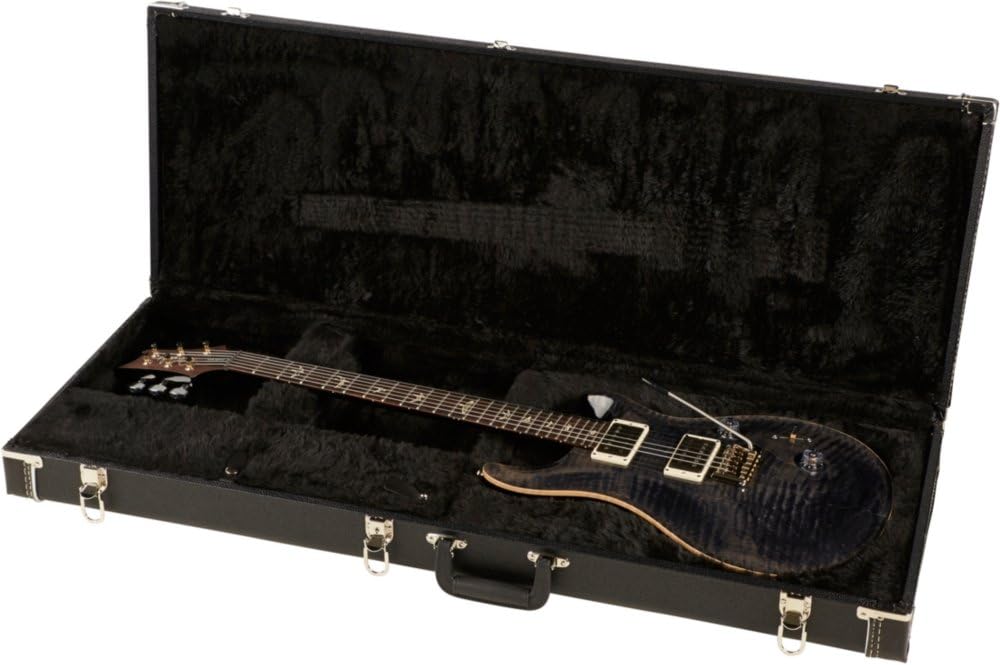 Not only is this guitar Paul Reed Smith (PRS)’s first designs, it’s tone & volume-controlled 85/15 pickups complement its Gen III tremolo system. This style is definitely made for those wanting to rock the house! In addition to its tonal features, its flame maple neck, mahogany top, & maple headstock bindings allow its cosmetic appeal to match its playability.

When its sustain performance was tested, the Custom 24 did not perform as well as hoped. It was penultimate in each of the bend sustains. The Custom 24 was in last place when plucked without a bend on the bridge pickup. 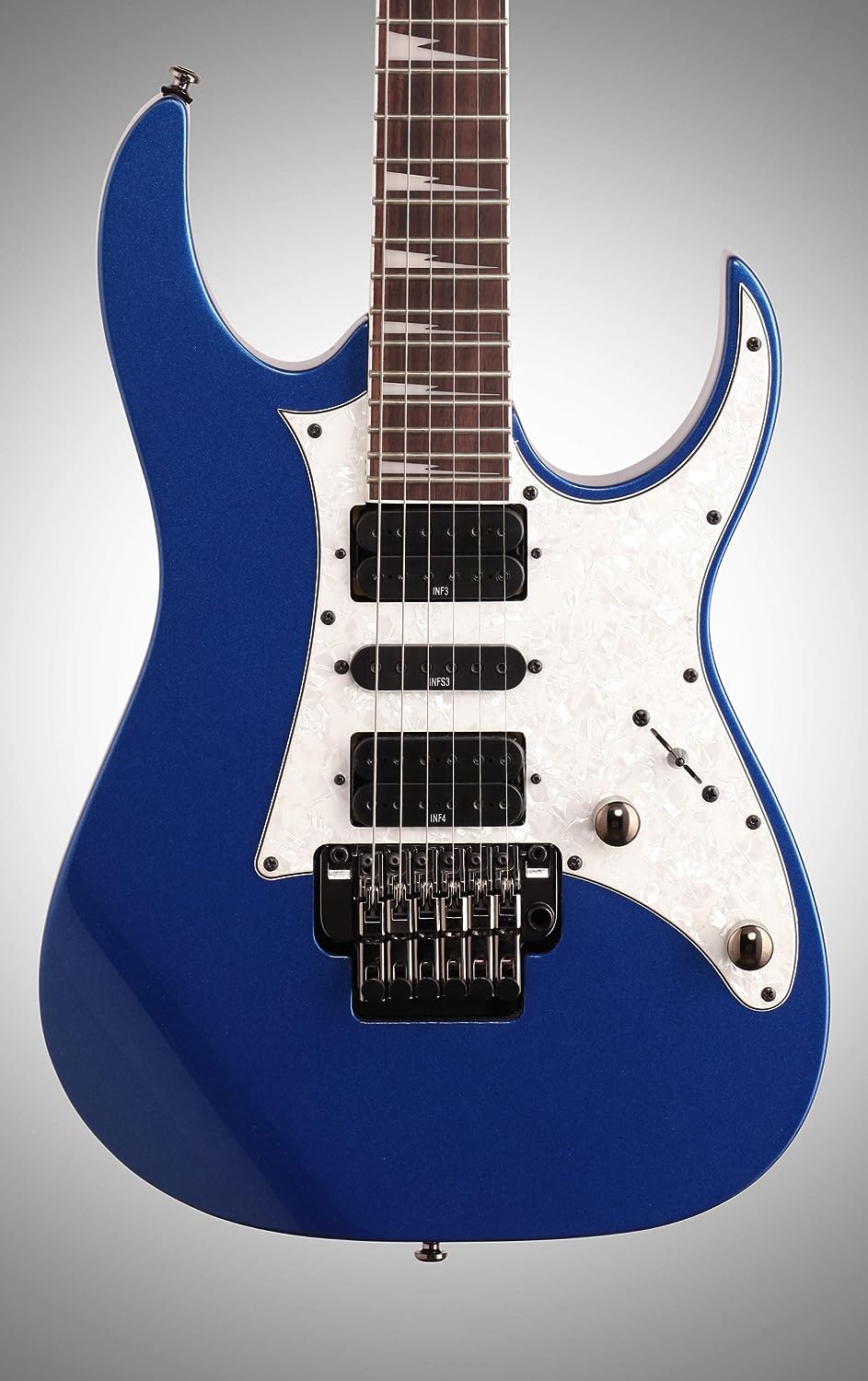 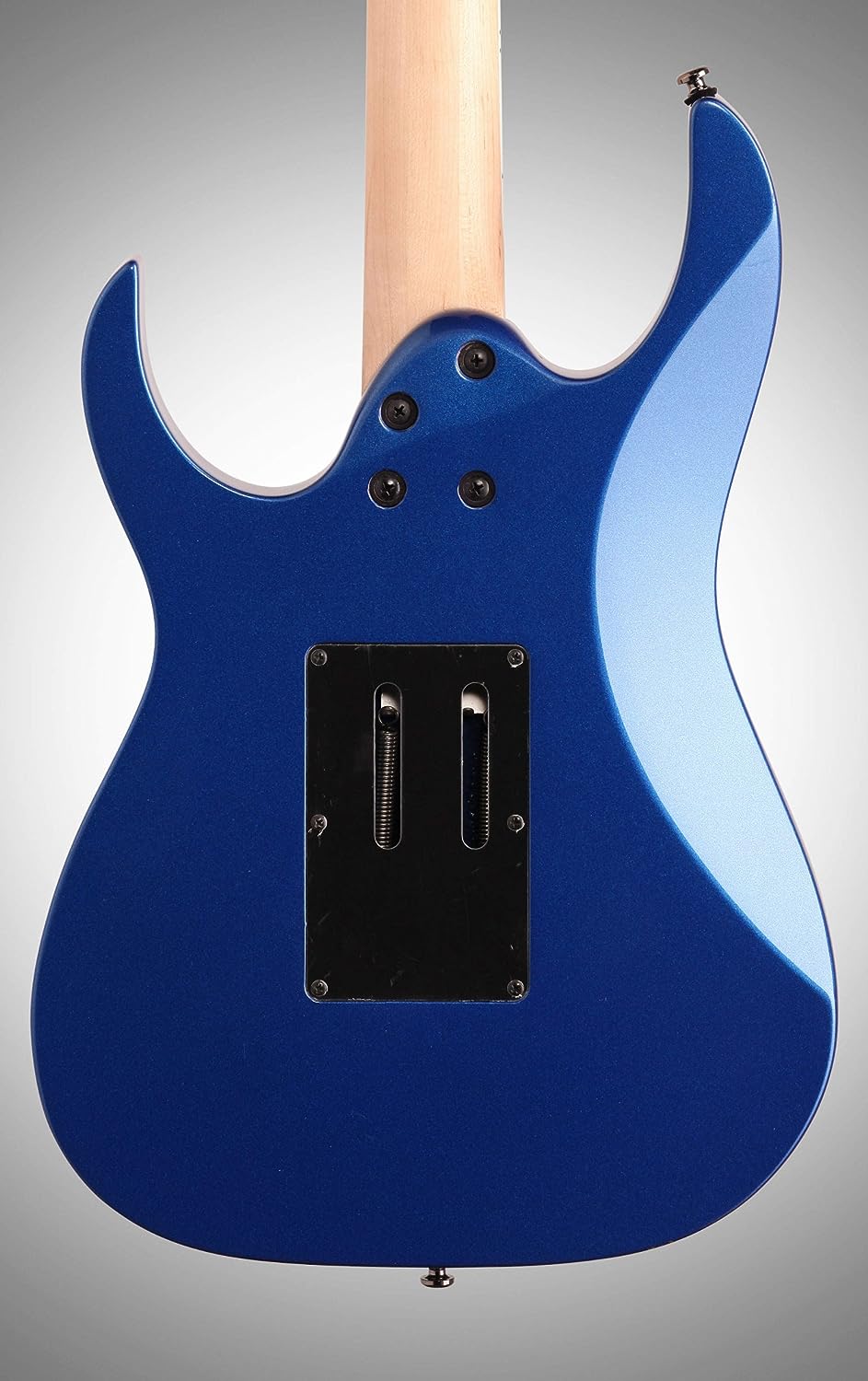 Launched in 1987, this Ibanez is known for being one of the most sold superstrat style guitars in the heavy metal music scene. Thanks to its lightweight (7 lbs. or 3.18 kg), DiMarzio pickups, locking tremolo system, & overall lean contour design, these factors are a perfect set of ingredients to combine when manufacturing a guitar with a long sustain.

When testing it out on a DAW, it outperformed the Les Paul Traditional but nearly won against the Epiphone Les Paul. On the other hand, the RG had the shortest sustain when plucking a high bend from a neck pickup.

This classic beauty’s sustain was tested side-by-side with a Gibson Les Paul. Being Fender’s flagship guitar, the Strat has a single coil pickup. Since the Les Paul has a humbucker double coil pickup, it was kind of tough to compare the two at first since their differing attack transients or sound waveform that develops at the beginning. They distort the sustain effects of both guitars in a way that makes it close to impossible to compare the two.

After filtering out their attack parts, it was clear that the Strat performed better than the Gibson Les Paul in this sense. Out of all of the options, this guitar is the most flexible as guitarists can either let their notes ring out or can have it sound short and sweet. This is why the Strat is an ideal pick.

Do Heavy Guitars have More Sustain?

As mentioned, there are two belief systems. Some guitars tend to allow their strings to ring out for longer intervals than others. Although there is no verdict regarding this dilemma, many musicians consider a heavy electric guitar with the following features, such as Les Pauls, in order to guarantee a longer sustain:

At best, the characteristics mentioned above are just correlations at best.

Likewise, many believe that having a neck-thru guitar is a way to get your notes to ring out. With no neck-body joint to impede the sound flowing from the guitar head to its body, the logic seems plausible as it has been the case for many like the Firebird.

The only thing is that there are exceptions such as the Cycfi Alpha where the wood grains run through uninterrupted, yet there isn’t much of a sustain.

Contrary to the first correlation for a better sustain, a light guitar is, according to many, the way to go for a better sustain. The reason being is the string’s vibrations store energy that allows its resonance to transmit quickly in a lighter guitar body.

What does a Sustain Guitar Pedal Do?

Rather than holding a sustain on a guitar, why not have a pedal do this process for you. A guitar sustain pedal takes a signal & changes the settings of its envelope or signal.

How Can I make my Guitar Sustain More?

It has to be said that having a sustain is the end all be all. In fact, having a guitar with more sustain on models like a Mustang, it actually may sound bad for notes to howl on it as opposed to a Les Paul. Sustains can be counterproductive to what you are playing. All in all, its up to you. Do you want your strumming to ring out or not?