The Online Place For Everything Electric Guitar Related

Hi All! Welcome to The World of Electric Guitars. Tired of looking endlessly at multiple sites that have complicated & hard-to follow information about electric guitars?

Whether it is a review on a Squier vintage modified jaguar or a hack on how to play Cliffs of Dover by Eric Johnson, this is your one-stop-shop site where we lay everything out in an easy-to-follow manner.

Electric Guitars In a Nutshell

When you put together strings, head, neck, tuners, frets, fretboard, body, bridge, pickups, input jack, & tone controls you get one of the most recognizable inventions of the 20th century or of all time!

Originally made in the USA during the 1930s, it took a few decades for it to be center stage of a developing music scene that became otherwise known as rock n’roll. Thanks to its success there, it later became a permanent instrument of music in general to this very day.

As cosmetically appealing & intriguing as their assembly may be, it is a relatively simpler invention than others that came out in the 20th century. Although acoustics and electrics have many things in common, those commonalities diverge at the body end of the guitar.

Unlike acoustics, electric guitars do not need to hollow as most of them are a solid body. It is basically a guitar that has one or more pickups or transducers that convert a string’s vibration to an electrical signal when strummed, plucked, tapped, fingerpicked, slapped. Afterward, the signal is sent to amplifier & speaker where the sound from the electrical signal is amplified to be audible.

Thanks to this, it opened up sound & music to a whole new level of creativity. The instrument paved the way for new music genres. The 1950s was essentially a decade that was all about electric guitars as rock n’roll & R&B (rhythm & blues) became the pop music of the decade.

Later came the 1960s with British rock, and psychedelic music taking the world by surprise with its unique sounds that brought the world to a standstill in many cases (just search Woodstock). One could say that they became symbolic of freedom and happiness from here on out. The 1970s followed as an era of heavy metal & distortion music that never seized to go away in popularity.

The 1980s brought in a futuristic and almost beyond defining twist to the shredding world of guitars thanks to its next to impossible solos that became the new normal in music. Pop music all types embraced electric guitars to even further level. Designs of all types were molded to cater to each personality. During this time, the electric guitar became more than just an instrument.

The 90s is the decade that decided to go the completely opposite direction by simplifying things a little. Before & after the new millennium, the electric guitar has been in more music scenes than any other instrument. It has been embraced by pop, alternative, & even hip-hop, just ask Eminem, as a rhythmic & lead instrument. This is only one of the many testaments of its success in music & in culture worldwide.

What is the Electric Guitar Masters Site?

We are a website dedicated to helping consumers & guitarists of all levels of expertise to understand before they buy or sift through answers on the web.

Whether it’d be a riff you are having trouble in following deciding on your first electric guitar, The Electric Guitar Masters is a site that is dedicated to presenting you the hacks that are needed to take your hobby or profession to the next level.

What You Didn’t Know About Grunge

Do You Really Know What's Involved When Playing Grunge Rock?Have you ever wondered what the best guitar gear is out there to jam out your favorite grunge songs or what to recreate the vibes that made it the flagship genre of the early 90s?Ever since its humble... 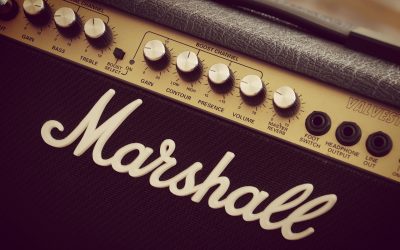 List of Solid State Amps To Jam Out Blues LicksREVIEWS ON BLUES MUSICAL EQUIPMENTThere is no doubt that blues is a music genre that is soulful, warm, & smooth. It also happens to be filled with complex riffs that emit all sorts of tones.What is the Best Amp for... 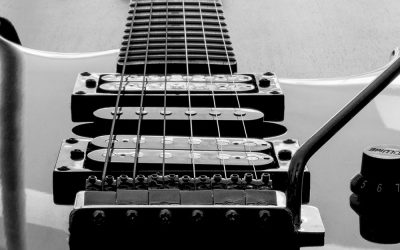 Electric Guitars That Can Hold the Longest String Vibration

Guitars With Great SustainGETTING MORE OUT OF EACH NOTEIn guitar reviews, there is a guarantee that there will be a section about sustain. Some electric guitars may not have much while others have loads of it. A guitar with high sustain is an attractive trait for...

Top Light Weight Electric GuitarsWHAT IS EASY TO CARRY TYPICALLY WORKS BESTA common question many guitarists of all levels of expertise may ask is why get lightweight electric guitar when there is a plethora of options?One main answer is reducing discomfort. The most...

Popular Electric Guitar Body StylesTHE BIBLE BEHIND ICONIC ELECTRIC GUITAR BODIESPeople from all walks of life have their preferences when it comes to everything. Musical instruments are no exception.Whether you are into grunge or British rock ‘n’roll, electric...

Playing Electric Guitar for Beginners | Tips & TricksLearning to play an instrument can be an intimidating process. Electric guitars definitely aren’t the easiest to master. Overall, there is a lot involved with picking up a guitar and shredding those complicated... 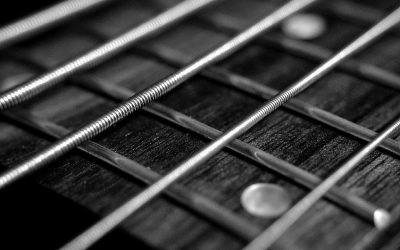 Top 4 Guitar Strings for BendingMUST-HAVE STRINGS THAT LAST THROUGH ANY BENDFor guitarists, technique and versatility are two of the most important aspects of their playing.Technique refers to things like legatos, vibratos, and, most importantly for this article,...

Why Do People Give Up on Playing Electric Guitar?

Did you know that nearly 90% of people pick up a guitar for the first time never do so again after a year?

Sadly, this statistic is true because many people just cannot cope with the challenge & dedication that is required to improve upon it. Whether it is the music sheet notes on the ledger lines or the difficulty of following the tablature of a solo, these are just two of the factors that are commonly encountered when learning to play.

With regards to purchasing the instrument & accessories, it is no cheap matter. In fact, electric guitars, although less expensive than other instruments like pianos, are many times priced at levels that many people cannot afford.

Therefore, it is no wonder that most guitarists who are able to break that beginner’s phase end keeping their first electric guitar until it breaks completely. Some do not even replace the strings on a monthly basis as is recommended for people playing on a daily basis.

Lastly, if you are part of the minority who succeed with two hindrances just mentioned, if you wanted to make this a career opportunity, playing in front of crowds or a camera is another challenge that many have to face. There is a reason for the naming of the famous phobia of stage fright.

Many people react adversely to the thought or action of being in front of many people. Especially something like playing a guitar that is perceived challenging by many, it can go either way. You can either stun the crowd  & become the next big thing with “god-like” shredding skills or you can really blow it and end up being the laughing stock for a long time. The latter reason is why people never wish to perform in front of others, even if it is one person.

That fear of embarrassment is so strong because we humans are social creatures. It is in our DNA for us to not disappoint others’ expectations as it all goes back to a reward/punishment bias we all have behaviors that developed over the thousand years.

Not to go off tangent, basically speaking, the last and most rewarding step of presenting in front of others is many times not taken because of fear overcoming FOMO (fear of missing out) anxiety. Hence, many guitarists tend to leave keep their electric guitar sessions as a hobby only, even those who master the instrument & can afford to invest in it.